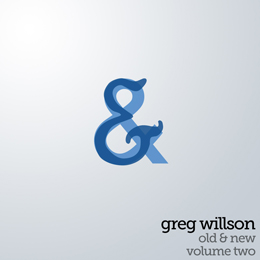 I have been in the process of writing and recording a set of albums, putting new music to old hymns. I recently released my second of three and wanted to write a little about why I spent so much time devoted to old stuff. You can get download both of the albums for free here.

So why get involved with putting new music to words that are sometimes hundreds of years old?

1. Humanity hasn’t really changed all that much. Our needs and desires are very similar to those that lived many years ago. Technology sure has advanced, and there are aspects of how we’ve made a place for ourselves in this world that have progressed, but our big questions and struggles are the same. The grand story of the gospel is still true and we are still fallen humanity. And when you think about it, the 1700s are actually quite modern, given how long humans have been writing and singing.

2. Great works of art survive time. Collectively, we humans aren’t always the smartest bunch and sometimes it takes a while for us to catch on to what’s good and what’s not. Time gives us a more sober ability to do just that. Moderately decent works of art will be forgotten within the ocean of human creation, only the best stays afloat. We get to sing some of the best words that we’ve created. The real question is why would we not sing great words of the past. If we only sang words that came from our time and place, we would more easily tempted to believe that we are the most important people ever to live.

3. Hymn writers themselves would rarely write a text for a certain melody. Before we get too married to a certain melody being the “traditional” version of a hymn, realize that writing words to a particular melody is a very new thing. Typically, hymn writers would write their lyrics to certain rythms that could then be used in a number of different melodies that had a similar rhythm. For sure some songs just work phenomenally well with certain melodies (Amazing Grace, anyone?), but as far as original artist intentions, melodies are fluid. They were made to be that way.

So there are a few reasons why we should be curious about the Christian tradition of writing hymns. By recording these albums, I’m hoping for a renewed interest in these writers and their work—a new look at some old words—realizing that they are just as relevant for us as they were in the years they were originally written. And more than that, I’m hoping for another aspect of the God they write about to come through. The God we sing to and serve is just as gracious and glorious to them as He is to us. His great individual stories of redemption are added to His great overarching story of redemption, and we find ourselves in it, alongside people from our time and place and all other times and places.