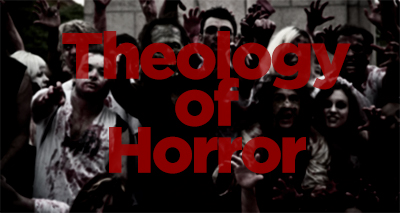 The werewolf is a shape shifting monster controlled by the rhythms of nature. Once a full moon is out at night, the werewolf changes from his human form and into his wolf form. This is no docile wolf, either, it is normally hell bent on killing (particularly humans) not just for food, but for sport. Like all horror monsters, the werewolf has incredible power and stamina to overtake the strongest of humans.

Brotherhood of the Wolf

I believe there’s a need for a good new werewolf film. The last one I remember enjoying was Brotherhood of the Wolf, and that was in 2001. Know of any other good, recent werewolf films? Throw a comment in the box below.

I believe there’s a need for a good werewolf film because I believe we’re at a cultural moment where this particular monster makes sense.

Werewolves show that there is in man an animalistic instinct. This instinct is destructive, and is all powerful when in full force. It controls completely. This instinct isn’t always making itself known, but from time to time, and on nature’s timetable, it rears its head. After shifting from the wolf back to a person, the werewolf has no memory of said werewolving, the only evidence of the night is the blood and torn clothes.

Because the werewolf has no control over this destructive force, he is not safe. He knows he’s not safe and those that he loves he must keep at a distance. It’s a real reason for a fear of intimacy.

The lure of this story is what I believe is timely. I see the romantic pull of the werewolf being a simultaneous fear and desired connection with nature. Since industrialization we can control what we do with time (or at least those over us can). We have electricity in our homes, powering what needs to work in order for us to wake up when we want, go to sleep when we want, do what we want on our timetable. With this freedom, however, comes a disconnect with the basic rhythms of nature: sunrise, sunset, seasons, etc. 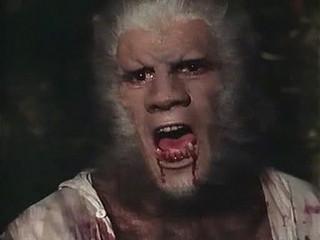 Contrary to popular belief I am not one of these.

One anxiety of modernity has been man’s separation from nature. Just look at our current obsessions with food for another example: slow food, local food, organic food, explosion of food TV shows, chefs as rockstars, the list goes on. Maybe it’s because we have been separated from nature in our daily lives for so long that our lack of intimacy with it not only captives us, but makes us afraid. Nature has become the kind of crazy distant relative that we once had fond memories with, but now we’re not so sure because we’ve heard stories of him not always being nice. We don’t know what nature will always be up to, we can’t control him or be comforted that we’ll be safe in his presence.

The werewolf is a reversal of physical and social evolution. What makes a werewolf scary? Man becomes an animal. He is reduced to instinct. A safe world is one that is devoid of all instinct, one that is based on contemplation, conversation, and politeness. Throw someone completely controlled by instinct into that world, add a dash of bloodlust, and you got yourself one scary monster of horror.

As long as we’ve lived on this earth, man still has a problem reconciling himself to it. Not to romanticize the past, but maybe people understood this connection more naturally in older, more agrarian societies. Either way, Genesis explains this connection/disconnection very well. Man was created to work the earth, and God gave seasons as a gift to man, as a way to create order, demarcating time and allowing plans for the future (among other things). According to Genesis 1, man was created to have “dominion” over the animals, ruling in the same graceful, cultivating way that God rules (not in a way that abuses and destroys creation, but that’s a whole other blog post). Man messed up this good thing that was going on and some of the fallout was brokenness in mans’ work and in the ground itself. We were created for this world and now this world is cursed, and our work will always have frustration.

These are just a few thoughts about werewolves, add some of yours below!