This is the third post in a series on frustration. View them all here. 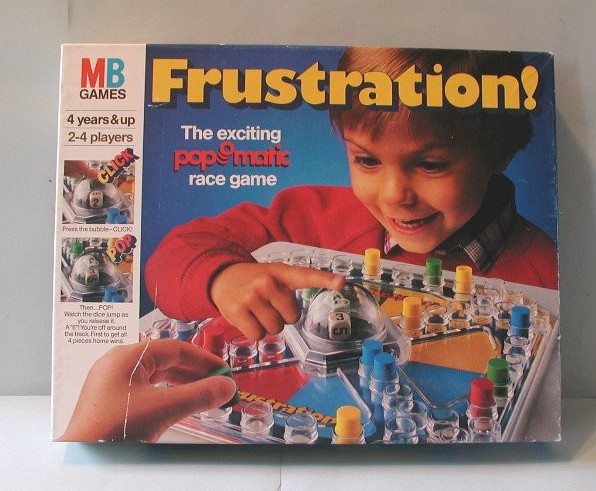 What I’m defining as “outward only” is akin to punk music being played in grocery stores. It sounds revolutionary, maybe at one time it was, but now is just the sterile audio wallpaper that we all listen to without hearing. Outward only frustration is “Liking” a Facebook page, calling it raising awareness and moving on. Not that there’s anything wrong with punk in Publix or Facebook Page Likes, but if that’s all we surround ourselves with or do, that tells us that deep inside we really don’t care.

We all see things in the world that aren’t the way they’re supposed to be. Reinhold Neibuhr used to say that sin and the brokenness of our world is the only Christian doctrine that is empirically verifiable. We’re not happy with this and parts of us are rightly frustrated. Outward only frustration, however, lacks the inward drive, the actual connection of real, deep frustration. A person with outward only frustration cares more about themselves than any other cause, people or program. They are content to appear to be very caring without actually caring (“Let me share that I Like this Page”, “I should retweet this so others think better of me”, etc.). They might raise their fist when it’s fashionable, but when the frustration leads to the hard work of working change, passion (and action) wanes.

Care about AIDS in Africa? Care about giving kids shoes who don’t have any? Care about sex trafficking? KONY? The world is not in want of causes, it’s in want of people who experience real, deep frustration, such that will actually change the way things are.

Before I go too long without the finger pointing in, let me say that I am guilty of outward only frustration. I think we all are. We’d all rather have punk in Publix than fight injustice. We all feel frustrated and these outward only methods are easy ways to ease that tension. But it doesn’t actually do anything. There’s no hope in outward only, it believes nothing will really change so let’s make myself feel better. We’ve inverted the cause to be focused on us, not those who might really need help. Could we be any more selfish? Could we be any more hypocritical to the causes and people we supposedly feel frustration for?

(As an aside, let me say this: there are an infinite number of areas we can feel real, deep frustration for. This does not mean we have to follow through on them all, that would be quite impossible. But it also doesn’t mean that we shouldn’t follow through with any. We can’t do everything but we can, and should, do something. We’ll get to more of this in later posts.)

The only hope of this faux frustration is a fashionable fist or punk in Publix. That’s all we can get out of it. Surely there’s a better way to engage with the troubles of this world. I believe there is, but before we get to some good news there is more bad news. We are just as broken as this world and there’s more than one way we mess up being properly frustrated. As we take the journey from childish foot stomping to holy longing, our next stop will be inward only frustration.

3 thoughts on “Frustration: Fashionable Fists and Punk in Publix”