This was originally posted on orlandograce.org.

“The whole life of a good Christian is a holy longing.” —Augustine

We are filled with so many loves, so many wants, so many desires for things and people and ideas, how can we know what we should attach ourselves to? It’s hard to figure out what we want and what we really want. How do we discern between empty longings and holy longings? What do we do with these desires?

We all have longings, it’s really more a matter of what kind they are and our level of attachment to them. If it’s an empty longing, we should want our level of attachment to be low or even nonexistent. If it’s a holy longing, we should want to be more attached than not. And of course there are gradients of good and bad and there are right orderings of our desires.

END_OF_DOCUMENT_TOKEN_TO_BE_REPLACED 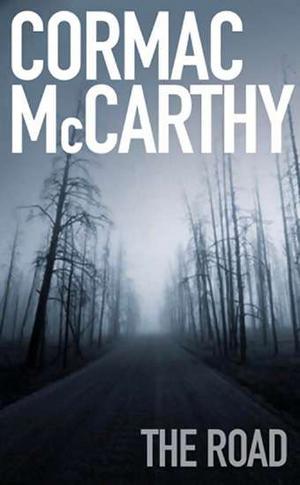 Cormac McCarthy gets it. The voice we hear from our earthly fathers is often the same voice we attribute to our heavenly Father, for better or worse. And I think this is something God planned.

McCarthy’s book, The Road (which was made into a film in fall of 2009), is a disturbing look into a bleak future, one where seemingly no hope survives. The reader is introduced to a father and his 10ish year old son who are struggling daily to find food and warmth amidst a desolate land, all while trying to steer clear of the many dangers of this stark new world.

McCarthy is a master of the novel. If bleak could be beautiful, his terse descriptions of a gray world come close. His style also proves that poetic lines need not be over indulgent or flowery. There is no sentimentality presented, just the cold reality of the nothingness our characters find themselves in.

But in the midst of these dire circumstances and disconcerting images, we are presented with a man sacrificing himself for his son over and over. He wasn’t perfect, he surely made mistakes, but when he made a mistake he apologized gently, because he loved his son very much—much more than anything else in the world including himself.

In reading this story, my desire for a father (or the Father) intensified. In many ways my father was the opposite of the man in The Road, often sacrificing me for himself. I definitely do not want to give my children the same flawed fatherhood I received. And it is in my longing for something more than my earthly father, acknowledging the hurt and pain that he wrought, that I find the sorrow that leads me to my God. It would be easy to give up and ignore the longing, but it is a real work of grace and courage to follow that hurt to something more.

McCarthy’s disturbing images of a hopeless future point us to the grim reality that in our current world, though seemingly comfortable on the outside (especially for us Westerners), there is a lurking darkness and violence just beneath the surface. We need fathers to help us traverse this darkness. And this points to the Father who gives us the grace to do so.

The man in our story is a welcome contrast to most fathers portrayed in television, especially comedies. The typical TV Dad is a Homer Simpson: dull and withdrawn. Though funny in a comedy, it is tragic in real life. The sad reason these father characters work so well is that they are true to life.

We all have an image of God presented in our fathers and some of us have a more accurate description than others. But none have a perfect portrait, we are all flawed. McCarthy forces us to reconcile and struggle with these similarities and differences.

Though my father has failed me in many ways, and I know I am deeply flawed myself, there is still hope. Through the power of Jesus’ work on the cross, my wounds are not my own. Through the power of Christ’s resurrection, there is hope for new life, there is a possibility for me to know the love of a Father, and to give that love as a father one day. This is the unnamed hope that propels a story like The Road. It is one that touches the essence of every human being.

Near the end of the story, there’s a woman who tells the boy that “the breath of God was his [father’s] breath.” And so it is, for better or worse. And with the grace that God gives, it won’t be perfect, but it can be for the better.